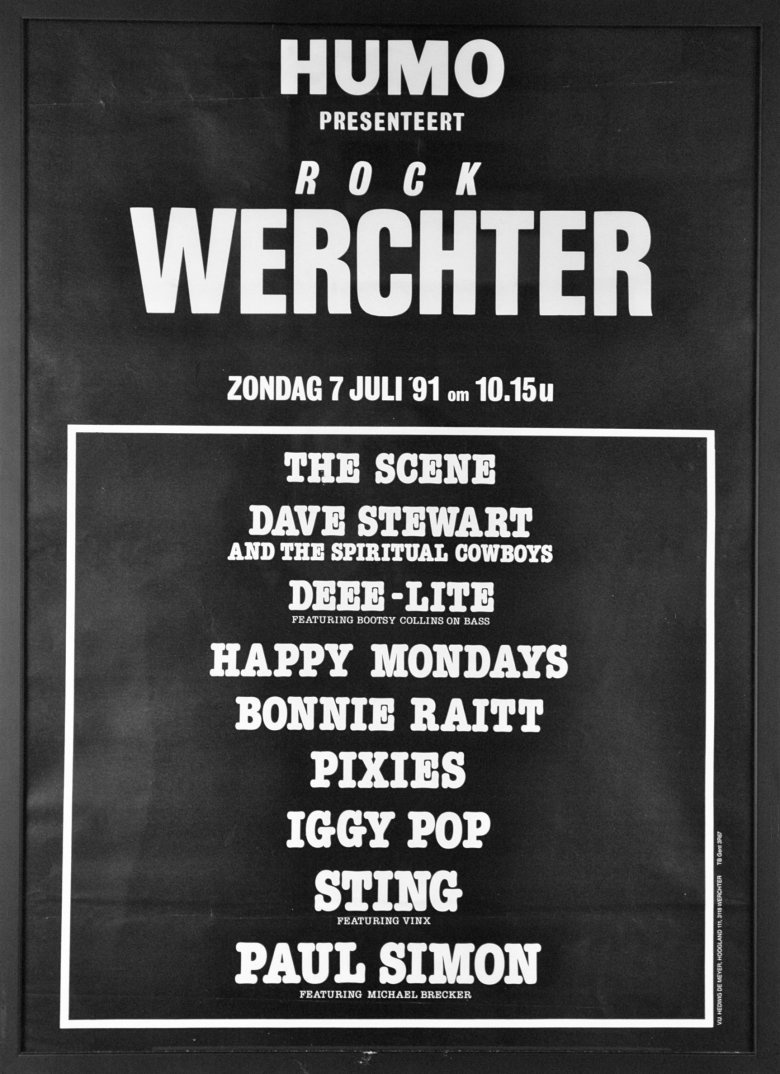 Iggy Pop calls on the audience to start throwing plastic bottles to the stage. When, after a couple of hours, Sting plays the intro to “Message in a Bottle”, things run completely out of control. The Red-Cross folks go into overdrive. Aftermath: broken noses and mild concussions. Consequence: plastic bottles are banned from the festival ground.